Many people have an issue with sugar, be it an addiction, diabetes, or something else. Personally, if I have too much sugar, zits appear on my face; proof that you do not have to be a teen to suffer from the zit problem. Many people turn to artificial sweeteners such as Equal thinking it is ok for you since doctors say “go ahead and use it.” especially if you have diabetes. However, did you know, there is a significant chance artificial sweeteners may raise your blood sugar just as high as normal table sugar? 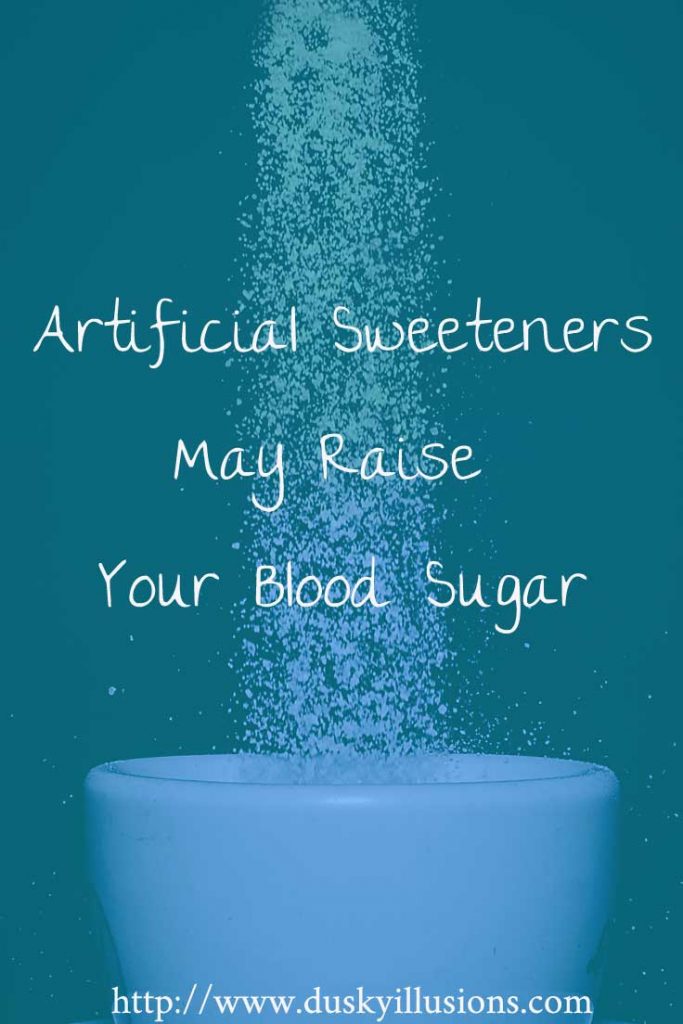 Scientists in Israel have proven what doctors and institutions have been preaching to be false fact. Faux fact if you will.

“The work, done with mice and humans, suggests that artificial sweeteners could raise your blood sugar levels more than if you indulged in sugar-sweetened sodas and desserts.

Blame it on the bugs in your gut, scientists say. They found that saccharin (a.k.a. Sweet‘N Low), sucralose (a.k.a. Splenda) and aspartame (a.k.a. NutraSweet and Equal) raised blood sugar levels by dramatically changing the makeup of the gut microorganisms, mainly bacteria, that are in the intestines and help with nutrition and the immune system. There are trillions of them — many times more than the cells of the body — and they account for roughly 4 pounds of your body weight.

In the latest research, “what we are seeing in humans and also in mice is this previously unappreciated correlation between artificial sweetener use” and microorganisms in the gut, said Eran Elinav, MD, one of the scientists involved in the new study. Elinav and a collaborator, Eran Segal, Ph.D., spoke at a press conference held by Nature, the journal that published their team’s findings. Both of the scientists are on the faculty of the Weizmann Institute of Science in Israel.

“Initially, we were surprised by the results, which is why we also repeated them multiple times,” Segal said.” (Source)

The report goes on to talk about the human tests conducted. People who used artificial sweeteners tended to have higher fasting blood sugar levels called impaired blood-sugar tolerance, a forerunner to type 2 diabetes.

Artificial Sweeteners May Do More Than Raise Your Blood Sugar

Aspartame (found in Equal and NutraSweet) has been linked both with and without concrete evidence to all kinds of issues, like cancer, Alzheimer’s disease, and nervous disorders.  (Source)

As a person with M.S. Aspartame gives me burning nerve pain and that oh so lovely and dreaded M.S. Hug. Knowing what it does to me, that is enough for me to believe the negative connotations about Aspartame.

You do recall when the warning labels went on packets of Saccharin, don’t you? Chance of cancer, yep, sign me up for that!

The irony here, doctors and institutions continue to push the fake crap on the world, stating that our bodies cannot digest it, so it is okay. That alone should give you pause to think. Why would you put anything your body cannot digest into your mouth? You might as well be eating pennies; your body cannot digest those either. Science has proven that artificial sugar may raise your blood sugar just as much as ordinary table sugar.

Did you know aspartame is made from the waste products of genetically modified E. Coli bacteria? See the patent here.  Look under Claims, points 10, 12, 15, 16, 17.

This same patent also states, “Aspartame is not only sweeter than sucrose, but is preferable as a food to sucrose.” (Under Description: 7th paragraph down). I feel this statement gives the research a lot more merit.

Watch this video for more information about aspartame.

What are your thoughts on artificial sweeteners, your blood sugar, and overall health?

If you would like better alternatives to use instead of artificial sweeteners, please read these two articles by Dr. Axe.

Knowing the facts as presented, would you continue to use artificial sweeteners? I would love to hear your thoughts and opinions.