The world is a wondrous place of music with multi genres. It is common for at least one song to get stuck in your head on constant repeat. This list has the songs I am obsessed with this week, the songs playing in my head on replay.

If you are new to my website, the rules of the Songs of the Moment posts are:
• The moment can last months,
• The list can include songs of multi genres and older songs.

My 10 songs of the moment as always are in no particular order of preference; each of these songs is equal in my book.
Enjoy! 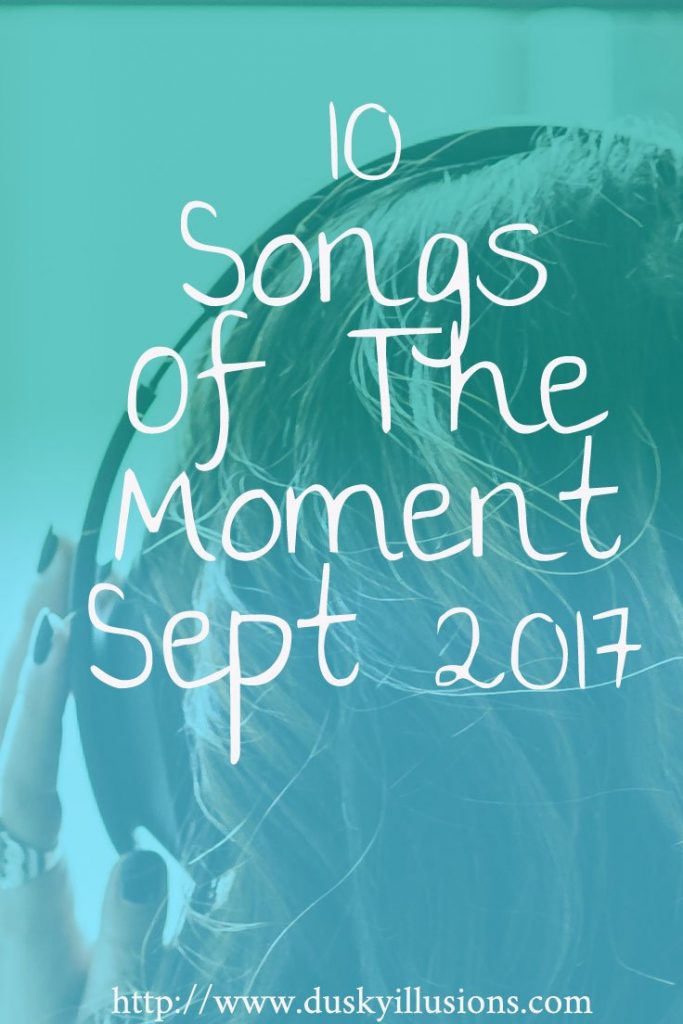 Kelly Clarkson, also known as “MY KELLS” in my house. I react to her like she is my BFF… I have never met her, but in my fantasy mind, she is my BFF, and we do coffee… DON’T JUDGE ME!

She has a new album, Meaning of Life coming out in October. I pre-ordered the album, and I can NOT wait to hold it in my hot little hands. Here are two songs from her album I cannot stop singing in my head.

Chris Cornell – “Long Gone” and “Like a Stone” with Audioslave – Old songs… some great songs. “The Promise”, a new one with a very strong message. I couldn’t post anything about his passing because to me it was surreal; I couldn’t and still can’t process him being gone in my heart. He truly was the “Voice of a generation.” I had the privilege of meeting Chris back in the late 80s, and again in the very early 90’s. He was such a sweet man, the type of man who treated you like he had known you for years from the moment he said “hello” and you told him your name. When I saw him again in the early 90’s, I was pleasantly surprised when he remembered my name. This one hurts like hell, and will for a very long time.

Taylor Swift – “Look What You Made Me Do”. Wow… It’s catchy, might not be the greatest in the song writing category, but I love this new “grown up” Taylor. I kind of get a little frustrated with all the bad comments that say things like, “I don’t like it, it’s not like her old stuff.” Sure, she’s growing up folks, she is 27 years old now, not that cute little 16-year-old we all fell in love with. We all grow up and evolve, I think it’s time Taylor is allowed to do that too. If you are a true fan, embrace it.

Luis Fonsi Ft Daddy Yankee –  I prefer the original song with out the Biebs, and I also know this song came out a while ago. I am obsessed with it… I love it and listen to it at least once a day. It’s just that epic… Besides, what’s not to love about a great Latino beat, and these two gents are two of my favorites of all time.

Luke Bryan – New song from someone that I am mentally obsessed with. Love it, listen to it, let the music and voice swirl around your brain for a while. “I get so neurotic about it baby… Light it up…”

Luke Combs – A new artist to the country scene, with a beautiful voice. If you are a country fan, you will love this catchy, non-pop like country song. His debut album This One’s for You was released June 2, 2017, and it’s worth a listen. Great music throughout!

Brett Eldredge – Another country artist to close out this post. I have all his albums, and I adore his voice. His self-titled album that came out August 4, 2017, is, in my opinion, his best yet. I do not regret the pre-order.

If you have enjoyed these songs, check out the artist’s websites and BUY their music. Support your musicians! Remember, most tracks cost less than a cup of coffee.

Do you have a song that is constantly stuck in your head? What do you think about the list above? Let me know in the comments!