This list contains January 2018 10 songs of the moment.
If you are new to my website, the rules of the Songs of the Moment posts are:
The moment can last months.
The list can include songs of multi-genres and older songs.
My 10 songs of the moment as always are in no particular order of preference; each of these songs is equal in my book.
If you enjoy these songs, please support the artists and purchase the music.

Looking for more music lists? Check out the In The Spotlight Quick Page. 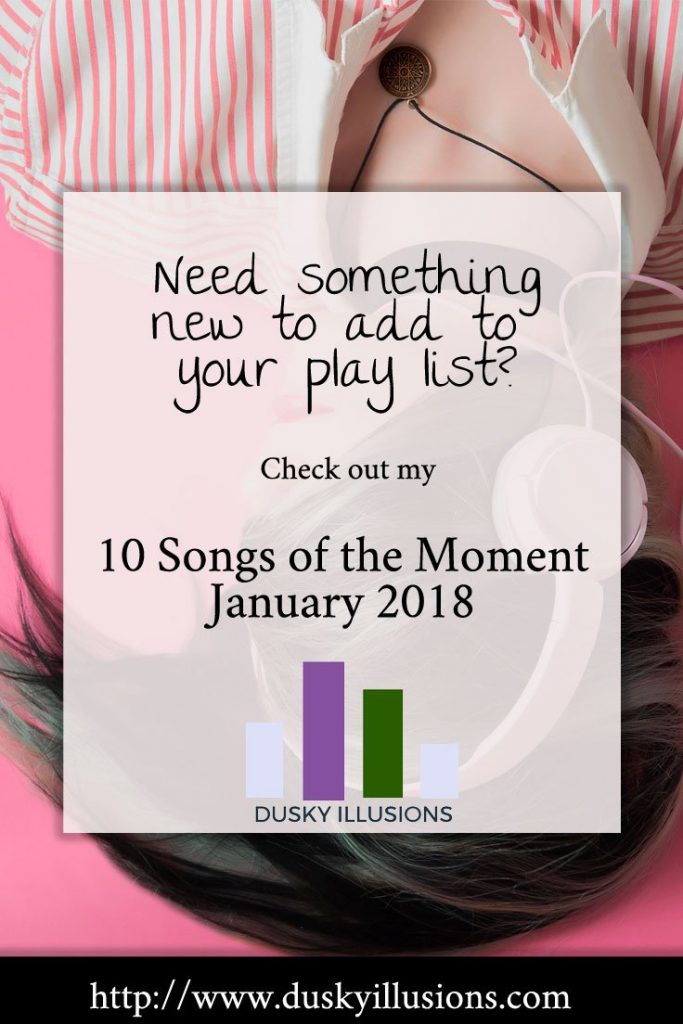 Songs of the Moment for January 2018

Some country music fans don’t think Luke Bryan is good for country music. I disagree, I love Luke’s music and he is bringing in new blood to country music with younger fans. Sorry old people who can’t evolve, Country music won’t carry on when us older fans leave this planet if we don’t allow it to evolve and bring in new people who enjoy the genre. Nothing stays the same, put down your cell phones for a second and think about that. We didn’t have cell phones growing up, yet you enjoy those and have them stuck to your hand.  Just my 2 cents.

If you haven’t listened to his latest album, What Makes You Country, you really should. It is total ear candy.

When it comes to Brett Eldredge, I am a total fan girl. I have all of his albums and adore when he steps into his inner Frank Sinatra. In my not so humble opinion, now that George Strait has retired, Blake Shelton is the new King of Country Music, and Brett is the Crown Prince.

Who is this girl? The first time I heard this song, I almost turned the station. I am not a big fan of Florida Georgia Line, but Beba Rexha’s voice hit my speakers as I reached over to change the station to KILO 94.3. I love her voice so much! She has a long career ahead of her. The song is also catchy.

I have never been a 1D fan, but I am digging Harry Style’s self-titled debut solo album. It’s so 1970’s! The album was released 12 May 2017, but it is new to me because I assumed it would be too poppish for my taste. My mistake, I judged a “book by its cover.” I hope Mr. Styles continues in this direction. (See what I did there?)

5. Bleed From Within – Alive

This song is fresh from Bleed From Within’s upcoming 4th album Era, due out April 6, 2018. If this track is a representation of the rest of the album, I can’t wait to get my hands on it.

Milestones is one of my favorite Pop Punk/Emo rock bands, ranking right up there with Simple Plan and All Time Low. Considering they have only released one album currently, that is saying something. The band is currently working on their second album, and have set a tentative release date for Spring 2018. YAY!

Trivium, oh Trivium, how I love thee… I have seen you many times live. Their latest album The Sin and the Sentence is pretty darn good, but I keep falling back to my longtime favorites “Black” or “Strife.” This past month, “Strife” has been my Trivium song of choice, again.

8. Bullet For My Valentine – Raising Hell

Technically, I am obsessed with BFMV and listen to all their songs just about daily. This past month this was the song I listened to the most on repeat.

9. Asking Alexandria – Into The Fire

Frankly, I am obsessed with the whole album.

Breaking Benjamin is one of my all-time favorite bands. If you know me well, there is no surprise to see them listed in this list given that they have a new album on it’s way out!  Did I mention I am excited about getting it? Although the album isn’t out yet, you can listen to this song on Spotify, or buy it from Itunes.

What are your current songs of the moment? Did any of mine make your list? Let me know in the comments below!