Merle Haggard has flown off on Silver Wings, leaving the world lonely. I could repeat the accolades and list all kinds of facts about the man lovingly called “The Hag”, but for this writer, Merle Haggard was much more than that. To me, Merle Haggard was like that favorite Dutch uncle you had in your life growing up as a kid.

My dad deployed a lot, being in an NMCB unit, and back in the early 70’s you never knew if daddy would actually come home. I would turn on those old reel to reel tapes, and Merle Haggard’s familiar voice would come pouring out of the speakers, comforting me. It was like a hug, reminding me daddy would be ok.

Merle Haggard was a kind man, I had seen him in concert numerous times in my life, most of them with my dad. I recall fondly the day back in 1987 when Dad and I went to see Merle Haggard play at 32nd Street Navy Base in San Diego. We had gotten to meet Merle, and the memory of The Hag shaking my dad’s hand and thanking him for his service is one that I have never forgotten.

I got the news on Merle’s passing from my son. He had left me a text saying, “Momma, Merle Haggard died today, I am sorry.” My own children had grown up with Merle Haggard in their lives, just as I had. He was a consistent reminder of home and comfort to them, just as he was for me. I called my dad and broke the news to him.

I am deeply saddened by Merle Haggard’s passing. Through my tears and reflection, I have to smile a bit as these memories of my child hood come flooding back; a reminder of where I came from, my values, and happy moments. Merle was a big part of that. 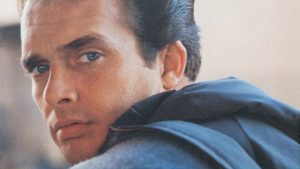 You are my favorite memory of all.