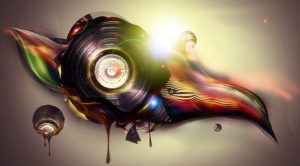 Hated songs, we all have them.   I am in a sharing mood; here are some of mine. If I never hear these songs and, in one case, an artist again, it will be too soon.

To me, I have the best job in the world… DJ! I love music. Music is life to me. I need it as much as I need oxygen.

To quote myself, “Djing to me is like breathing.. Have to do it.. Feels good.. it’s like being alive…”

I enjoy it when people make requests for the most part; love to make people rock their bodies. There is always that one person who will request a particular song and throw your whole badass, rocking set off….
On to the tunes, shall we? These songs are not in any particular order.

5 of my most hated songs:

2.  TAYLOR SWIFT – TEARDROPS ON MY GUITAR and frankly, most of her songs –  She’s adorable! She really is!  She has talent for one so young.  I mean come on folks, this little girl was writing songs in high school if not sooner.

My problem with her is that she whines too much in her lyrics.  She sounds like the typical little princess that didn’t get what she wanted, so she has to throw a tantrum. I will give her the fact that she is growing into adulthood, and her lyrics are coming up with her.

I liked her song I Knew You Were Trouble when it first came out. The only issue I have with it now is that it’s overplayed and for me, over requested.

3. ANYTHING BY KE$HA – Umm? Her lyrics are very childish, to put it mildly. You know.. If you mumble some words to every song she has done, they pretty much sound the same…

Note: Since I wrote this article, news has come out regarding Kesha’s rape, mentally and physically. I feel for her.

As women, we should strive to empower each other, not bring each other down. I am leaving my old comments here in order to hold myself accountable, but lining it through because I have changed my point of view.

I still do not like the original music before the news came out, and I hate it more than I did before because of the horror she went through.

Her current music is something special, and I am glad she is living her truth and healing. The video here is replaced with a beautiful song she has done.

4. Justin Bieber – Baby or most of his songs– Ok.. really, I thought it was a girl at first. He was found on YouTube of all places. If producers need talent, I will be more then happy to send them of a list of unsigned musicians. I will give him credit that he works hard. I just really don’t like him. Every time he opens his mouth, the mommy in me wants to put him in time out.

5. Lil Wayne… anything…. – There were a few songs of his that I liked. Drop The World was actually one of my all-time favorite songs… UNTIL… He showed his ass and desecrated the flag… I support his first amendment right; the lyrics don’t bother me…

Did you know the Constitution states that any degradation of our flag is worthy of 5 years in prison? So you see folks, that is not covered under the 1st Amendment…. it PISSES ME OFF as not only an American but as a soldier.

As both an American and a soldier, I also reserve the right to protest… Lil Wayne, sadly because I actually enjoyed your music, I will no longer be, buying your crap, and you just made it to the sin bin along with the Dixie Chickens and Wish I Was a Soulja Boy.

I will not play your music as a DJ anymore. You just might end up with a CM award for this latest stunt to revive your past, dead career. Sure, in another article you said, “it was an accident….”

So if it was an accident, and you know you violated the flag laws, not to mentioned all the people you really offended… RESHOOT IT… Thank you, drive through.

With that said, I am not even giving him or his music any credit. I will not be adding one of his videos here. If I did, that would make me a hypocrite.

Feel free to share your own hated songs or artists.

Read about how we use cookies and how you can control them by clicking "Privacy Preferences". If you continue to use this site, you consent to our use of cookies.