Six centuries have now gone by since Master Talagan Silvertongue died trying to save Edhelion’s relics from Skorgrím Dourhand. If only Master Talagan’s message would have arrived to Master Elrond sooner when Edhelion was attacked by the Dourhands and Goblins… If only I had never left to complete my studies with Master Elrond in Imladris… If only… Tears came to my eyes as the memory came flooding back to me…. The entrance of the halls collapsing.. stones crushing Master Talagan as Masters Elrond and Dorongúr Whitethorn and I helplessly watched from the other side of the now broken bridge. His last words to me rang through my head… “Go, Mailiel, and promise me you will return in one piece! Edhelben shall open the gate for you.” 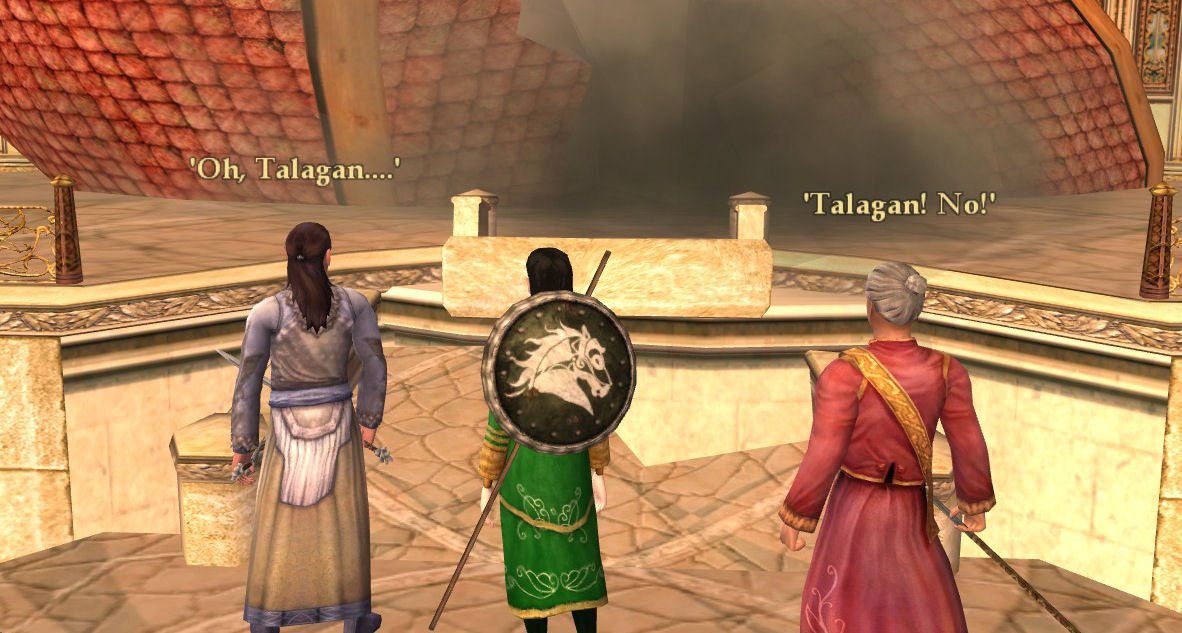 My thoughts were soon interrupted as Master Elrond entered my room. He had a premonition that a great evil stirred near the ruins of Edhelion. I was to leave with his sons Elladan and Elrohir before the sun set.

“You were a mere child of 96, Mailiel, there was nothing more that you could have done.” He paused at my door, turning back to look at me. He must have sensed my thoughts.
He left the room as I began to ready myself for the mission at hand.

Upon our arrival, we were greeted by a kindly Dwarven gentlelord by the name of Nos Grimsong. 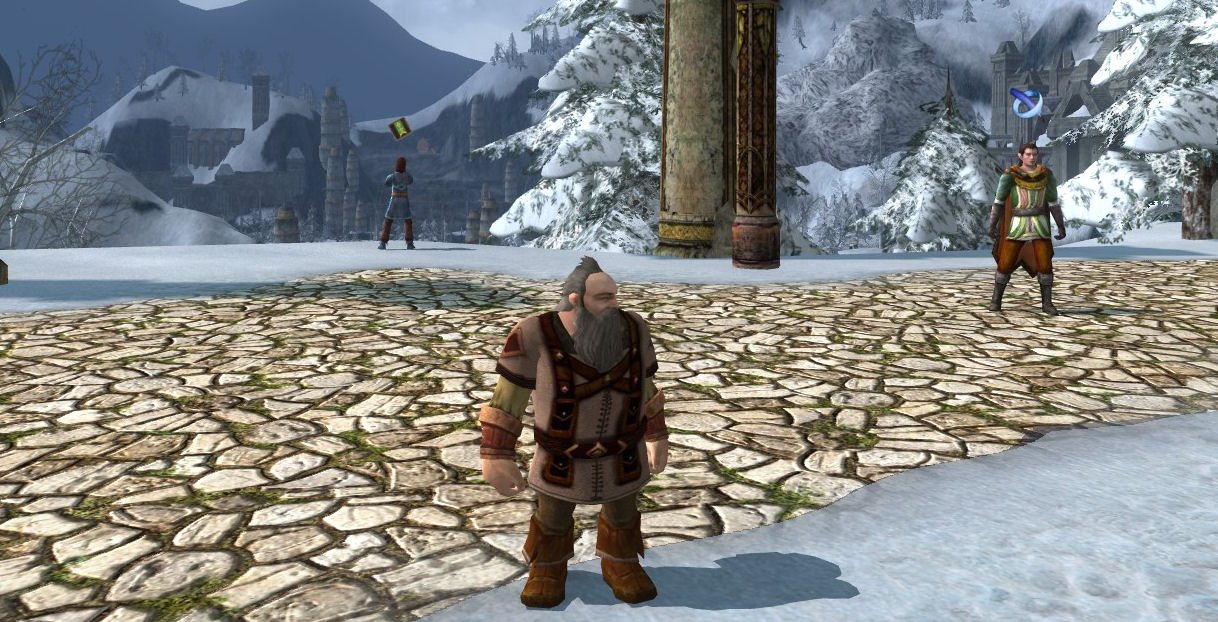 Shortly after arriving to Edhelion, Elland told me that Dorollas had news for me. I rushed quickly to speak to him. “Master Dorongúr wishes to speak to you, Mailiel.” 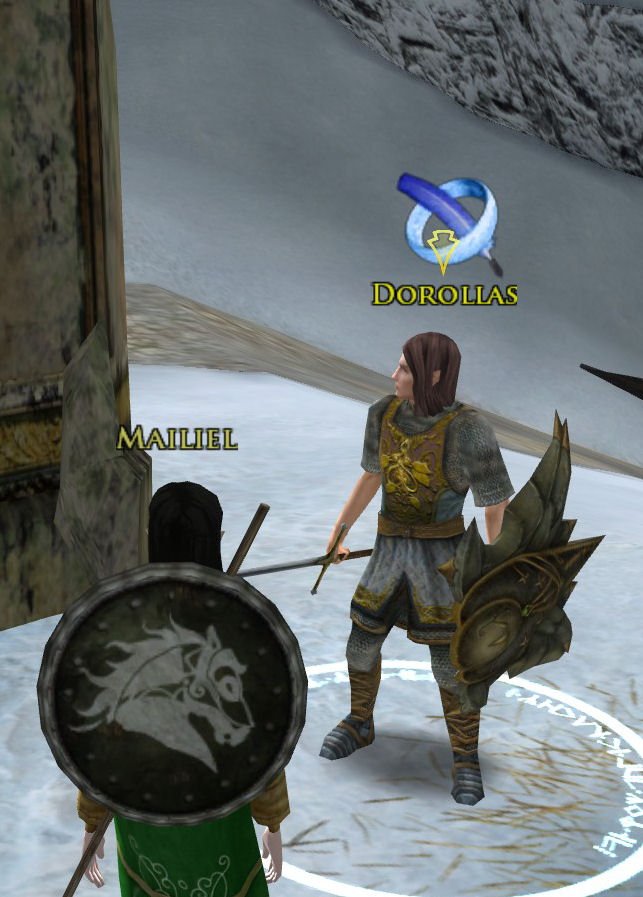 I looked around for Master Dorongúr, he had been with our company that traveled to Edhelion. I finally found him standing on the broken bridge reflecting just as I had done the day before in my own mind.

As I approached he said, “I must contemplate the past to glean wisdom from it.” I reached out my hand and rested it understandingly on his shoulder. He turned his head slightly to look at me, his face expressionless.

He turned back to look across the ruined bridge… “It was across this bridge that brave Talagan brought the library’s walls down upon Skorgrím and himself, thus putting an end to Skorgrím’s lust for immortality. The walls smote them both as they crumbled. But that is a strange flower, one that I have never seen before. Is it familiar to you, Mailiel?”

I shook my head in reply, as tears filled my eyes, remembering Master Elrond’s last words to me the day my beloved Master died.. “Talagan wished for you to be safe, Mailiel. And the relics are now buried with him.”

Master Dorongúr put his arm on my shoulder, “I have been told Skorgrím’s body was discovered by Thorin’s folk back when he inhabited this land, before his death.
‘The dwarf-miners dug into the mountain and exposed the ruined cellars of Edhelion, and that is where the corpse lay perfectly preserved — in the Silver Deep Mine.
‘When Talagan brought the library down upon them both, they fell to their grave below. You could search for Skorgrím’s body where last it was seen, if you seek it still. For my part, I have no wish to look upon Skorgrím again.”

I wiped the tears from my eyes and replied, “I will go to Silver Deep Mine. I want to see if indeed Skorgrím’s body walks as Master Elrond and Dorollas saw in their dreams.”

He stared back across the broken bridge, no more words were exchanged as I went to search the mines.